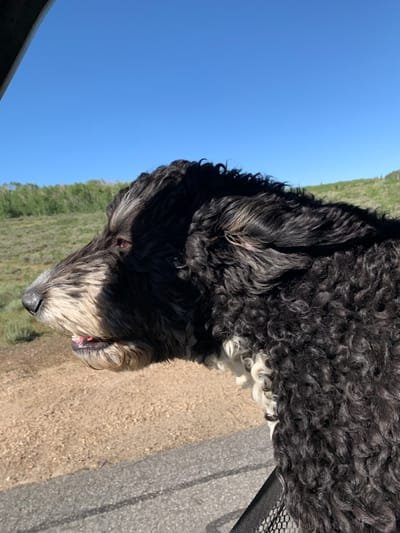 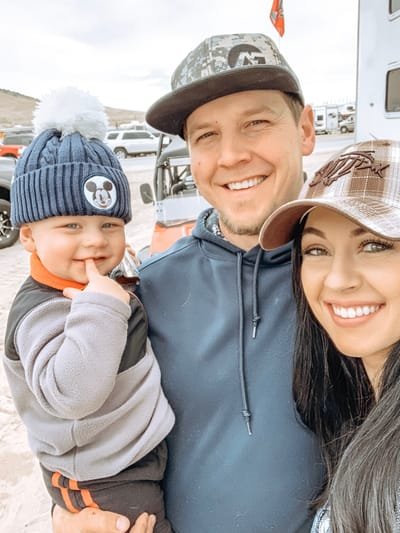 Big Dog Academy has had two of our labs for just over a month. They are NEW dogs, they heel, they obey and are now a complete part of our family. I would recommend Wayne and his techniques to anyone.

In fifteen minuets Wayne taught me more than a class. Your mannerism with my dog was calm and teaching. I have looked for someone to help me for a year. I am so happy I met you and my dog (Mr. Frost) has changed forever. Thank you. We recently had a session with Big Dog Academy and our Golden Doodle Ollie. Wayne worked with Ollie for only a short time, we noticed immediate changes. Wayne took the time to help our daughter be the boss rather than let Ollie boss her. It was important to him that we knew how to follow through with the training he worked on. His knowledge of dogs and training was impressive.

Wayne did a fantastic job giving our 6 1/2 year old sheepadoodle some new skills and behaviors. She's only been home a few days and we already see a huge difference. It's like having a new pet because she's way more calm, listens better and doesn't bark nearly as much as she used to. Wayne took really good care of her, took her to the vet when she had fox tails giving her a sore paw, and even made sure she came home all cleaned up after her time training in the mountains of Utah. I'd recommend Wayne with Big Dog to anyone! Wayne did an amazing job with our 2 Golden Doodles. I highly recommend his dog training services. He treats the dogs like they're his own and are truly loved while they are away from home!

Did wonders for our troubled pup, now our pup is a perfect gentleman... Wayne is the best dog trainer I have ever had the privilege of working with!! He has a love for animals that radiates off of him. We have a very, very, hyper Weimaraner. Duke really needed training, but we couldn't afford what a lot of other animal trainers were charging. Not only did Wayne work with us to make training affordable, it was obvious that Wayne was trustworthy, honest and passionate about what he does and his love of animals. Duke was 10 months old the first time he went with Wayne. Duke was with Wayne for 3 weeks. Wayne sent daily/every other day updates. He sent pictures and videos, he called and text us about Duke's training progress and how much fun he was having. Wayne also picked up Duke and brought him back to us. This was so convenient, not having to spend two days traveling. Wayne was honest about his training and background. He answered all the questions we had, without hesitation. Wayne is so transparent and wants the animals owner to know every detail. He let me know that Duke had got a small cut from a barbwires fence. Even though that cut would have been healed and unnoticeable by the time we got Duke back, he wanted us to know. Duke came back a completely different dog, in relation to his manners. He followed the commands that Wayne had taught him. Wayne spent about an hour teaching us the commands and how to work with Duke, when he brought him home. Duke, went to Wayne a huge, destructive, out of control dog. Honestly, we were not sue we would be able to keep Duke due to his behaviors. Duke came back from Wayne a (still huge) respectful dog that followed commands. He was way less hyper and no longer controlled us. Duke is still the same fun loving dog he has always been, but now he is calmer and responds to his commands. Duke still gets excited and is crazy at times, only now he knows when it is appropriate to show his emotions. Wayne trains his dogs with praise versus treats. I love this, because Duke will follow command for nothing but being told that he is such a "good boy". Duke went with Wayne for a second training session. Duke was so excited to see Wayne! This made my heart so happy. Wayne did a refresher course with Duke, but this time he was there for Shed Training. Duke spent a month with Wayne. You can imagine how much we missed him!! I never once worried that Duke wasn't with the best trainer and person he could be with. I knew he was having the time of his life, all while learning. My son will be spending several days in the spring, with Duke and Wayne to further Duke's shed training. I really could say so much more and would be happy to answer any questions that someone might have. Wayne will always have a place in my heart for the way he has cared for Duke. I consider him a friend for life. Wayne is the only person that I trust, without a single doubt to care for Duke, for such long periods of time. I know that Wayne loved Duke like one of his own. Wayne is also very flexible and understanding and would take Duke on a moments notice, for any reason. Thanks Wayne!! You truly have gained our love, trust and respect. P.S. Duke misses you and all his friends!! Thanks for everything you've done for us!

My golden doodle went to work with Wayne Ogden at Big Dog Academy and came back a well mannered dog. We took him up to our property and he did not wander oof and stayed by my side. He heels when walking and can do it without a chain (at our property) and in town on a chain does not pull or sisal bad behaviors anymore. He has learned all his commands, especially stay and will remain there until he is told to come. I highly recommend Big Dog Academy if you are looking for help with your dog. Jax went and stayed at Big Dog Academy for a month and was the best money we ever spent!

I have a big doggie, about 130lbs. He weighs more than I do. Desperate for him to behave and be manageable I found this service. Now I have the best behaved dog and we are so happy!

Wayne is not only a great trainer but a great person. Always willing to help. My seizure dog has learned a lot from him. 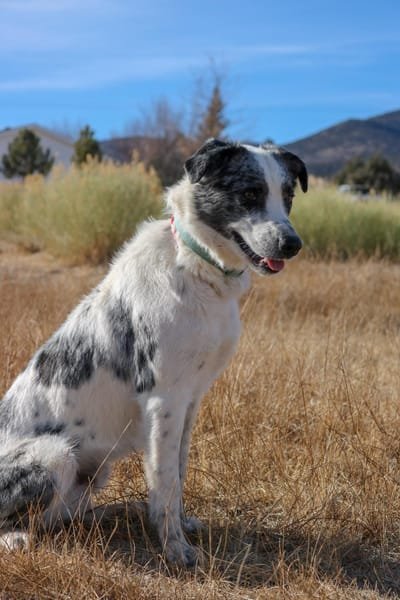 He is still the sweet Sammy but it seems the uncontrollable hyper behavior as well as the aggression are gone! Thank you so much Wayne for helping us, we owe you big time!

We sent our bernadoodle puppy with Wayne for a few weeks and he came back a different dog. We appreciate the time spent and the training we received as well to help him continue to master his commands. Wayne was very accommodating and sent us pictures and video updates along the way. Would definitely recommend him.

I sent my three pups to Big Dog Academy. My dogs went as puppies and came back mature adults. I have been able to take my dogs to work and they learned the fundamentals to continue their learning. I have a son who hated dogs and now he loves them because they are now manageable. Thank you for taking the time to teach my dogs into being amazing members of my family.

Wayne had our dog and trained him, he came back so much better. Wayne was so great about sending us video updates and photographs. He let us know that Cooper was not only learning new great behaviors but was also with someone who cared about him like his family does. We would recommend Wayne to take care of and teach your furry family member.

I sent my two evil dogs to Wayne Ogden at Big Dog Academy, they have been back a week and I have noticed a 98% improvement. We were going to have to rehome them and he was amazing and my two were stubborn as heck! I literally cannot express how good he did with the training, I even though oh hey they will listen there and come home and be bad, but everyone is like whoa, your dogs are behaving.

My baby's are home, well all but Athena she needed a little more work because she is so young. I, thank you Wayne Ogden for the love and care and training of our family members.

I can’t thank you enough for what you taught Roscoe! He is such a good boy. Today we were practicing training in the back yard when the neighbors German shepherd came out. They usually bark and run the fence with each other. I could see his instinct was to go but we were current on wait, so he sat there and waited for me to tell him he could go play. It was awesome. Then I let him go play.